One thing I love about music, especially electronic music, is the ease of collaboration. In the past it could be difficult; you’d have to get together a band, reserve time and space to practice and jam, and you generally had to stick with the same group. Side projects led to schisms and jealousy, and lots of groups end up with spectacular flameouts leading to breakups. Even electronic acts faced difficulty in the past due to the hardware needed to write music; heavy old synths and tape machines are not terribly portable. Some groups, such as The Postal Service, got around this by mailing DATs back and forth, adding and editing as need be. Even something as simple as this was prohibitive though, as decent recording equipment and DAT machines aren’t exactly cheap.

This has, thankfully, changed. With faster, better computers and the rise and ubiquity of the Internet, it’s trivially easy to share and work with other people, trading files instead of bulky tapes and other media. Even tremendous WAV files can be stored and shared through digital lockers or services such as Dropbox or Google Drive. Just search out a like-minded community, such as the Musician’s Lounge, groups on SoundCloud, reddit, and innumerable others. There are even DAW-specific groups, such as the fledgeling Reason Heads community, Reasoners on reddit, or the Phoenix Ableton Users Group (for a local example,) and politely introduce yourself, then get to work making friendships and music.

In my experience, collaborations can be fast and easy, such as when you and your partner(s) are on the same wavelength and bounce ideas back and forth rapid-fire, quickly building a track as you trade this part for that, or complement this phrase or loop with that sound or effect. Other times things can drag on and on, whether you’re working with a long-time partner or somebody new, and ideas are slow to come. Tracks taking weeks, months, or even years to produce is not unheard of, and I’m as guilty of it as anyone. I tend to let these fall by the wayside and revisit them occasionally with fresh ears instead of looping a song on and on into infinity trying to figure out what it’s missing. Oddly enough, some of these long-term projects ended up being some of the best tracks I’ve helped to produce. 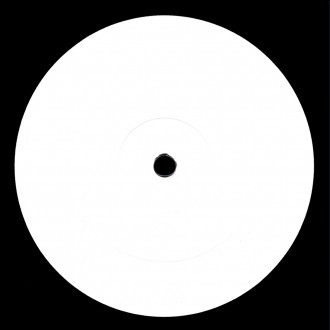 Along with collaboration, another ridiculously fun aspect of the EDM community is remixing. In case you’re unfamiliar, a remix is “a song that has been edited to sound different from the original version.” For some this is as simple as making a few subtle changes to a song to make it more club-friendly, such as accenting a bassline or building a more driving beat. For others it means totally dismantling a song and reconstructing it from the ground up, creating an entirely new song from the original components. The latter is, to me at least, vastly superior and much more fun.

Following will be a few examples of remixes I’ve done.

This was a remix of Garbage’s Automatic Systematic Habit, from their latest record. There was a contest held at Beatport, and most remixes tended to stick with the same tempo and style, emphasizing the same tired electro-house sounds and tropes. I downloaded the multitrack stems, loaded them up, and then listened to the unaltered song. After pulling up a few competing remixes, I knew I wanted to make something ridiculously different and thought, “what would happen if I slowed this down… a lot?” This led to a heavy, loping beat that shared more with KMFDM than with a typical club DJ. I cranked up the guitars a bit, rearranged the verses, and dragged things out over several minutes, coming up with a very different beast compared to everyone else working on the song. It didn’t win anything but I still really like it and am proud of this weird take on a pretty straightforward song.

This was done for a fellow SA goon who posted the stems for what he dubbed “a plagued track.” It’s a lot less divergent than the Garbage remix; I chose to emphasize some of the more trance-like elements of the song, isolating a part of the bassline and building a new one out of it, and bringing a winding little synth line to the forefront and then layering another synth on top of it that I’d programmed to complement it. This brings up another thing I like to do within my remixes: additional production. Sometimes I “hear” something that needs to be there but isn’t, and write some additional loops and phrases to add as my own little touch. Sometimes it’s something as subtle as a quiet pad in the background, others it’s a warbly, squelchy 303 placed front and center.

This was another fun one from SA, where Charlie Twitch held a contest to remix his song, Bug. A lot of times a remix I work on will veer wildly off-course and end up in a completely different genre. This is especially obvious here, where I took a fairly quiet and slow song and doubled its tempo, pitch-shifted some of the vocals, and turned it into something loud and aggressive, with hard, fast drums and heavy distortion on the guitar parts that I did keep intact. Again, I extracted a few small phrases from the bassline and rearranged them, bringing the bass forward in the mix and focusing on its play against the newly programmed drumloops. Some sounds were mangled beyond recognition with various effects processing, turning them into what almost amounts to background noise, and then turned the rich-sounding pad at the end of the original into the centerpiece of the remix, amping it up in the middle of the song and repeating it.

Sometimes it pays to revisit your own work as well. Often when I’m feeling stuck or bored with whatever I’m currently working on, I’ll load up an old song and fiddle with it. Sometimes it leads nowhere, but sometimes I end up breathing new life into an old song. The original version of this track was a meandering breakbeat song with several movements, so to speak. It probably should have been two or three minutes shorter and much tighter. I have two or three project files for it that are aborted attempts at a remix that are nothing but a few unmuted instruments and a new drumloop that just doesn’t fit. This was another situation in which tearing things completely apart was the best approach, starting with a foundation of droning synths and frenetic drum patterns, then adding in elements from the original mix and fitting them into place where they worked well. What resulted was, in my opinion, a much tighter and satisfying mix which still resembles the original, but is different enough to stand on its own.

For other things I’ve destroyed and reassembled, I have a remix playlist available here.